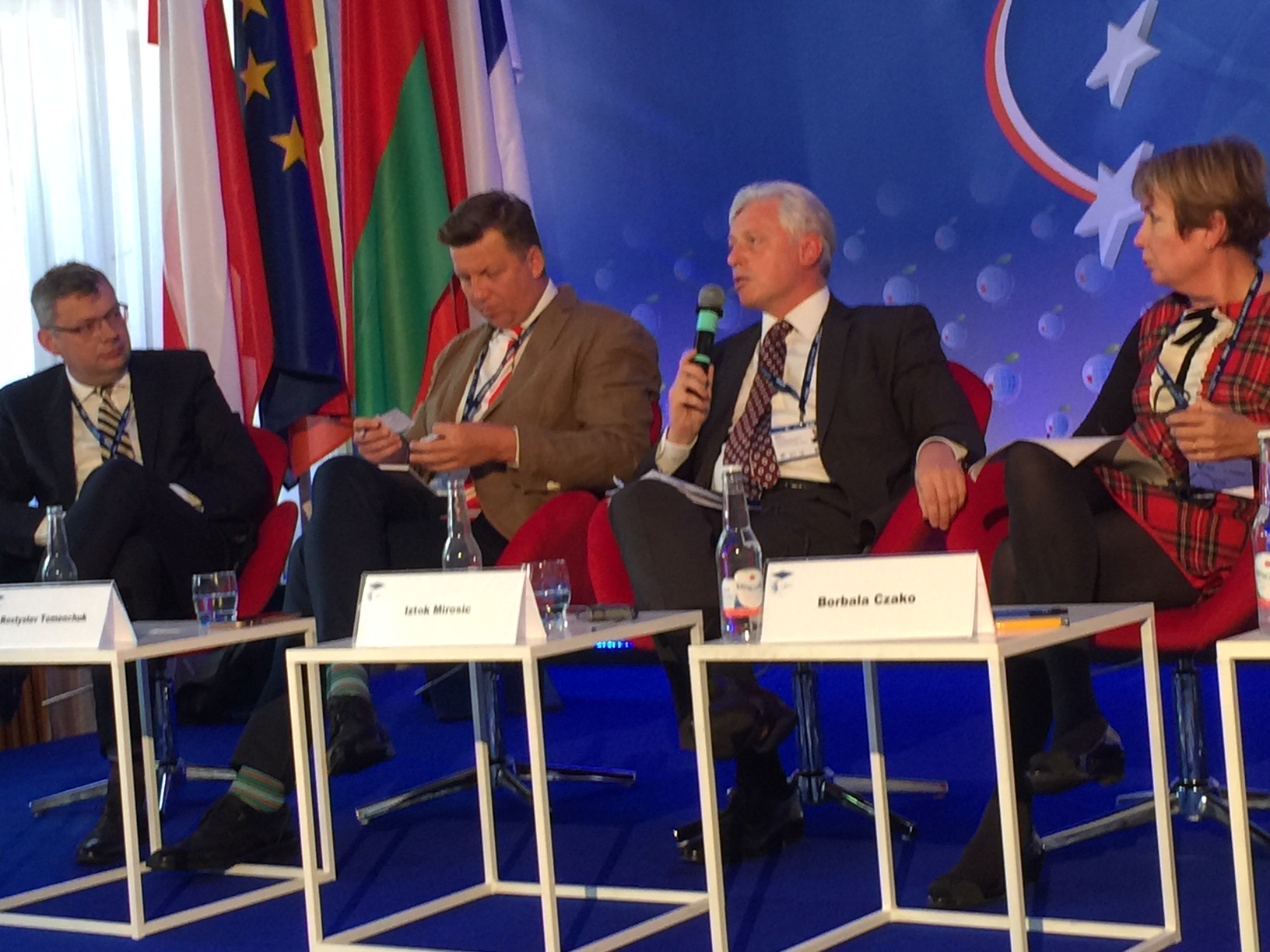 Between 3 and 5 September 2019, special envoy of the Minister of Foreign Affairs of the Republic of Slovenia (Ambassador-at-Large) and BSF Programme director, Ambassador Iztok Mirošič, participated at the 29th Economic Forum in Krynica Zdrój, Poland.

On behalf of the Minister of Foreign Affairs of the Republic of Slovenia, Ambassador Mirošič spoke on the panel “Crisis or the end of international order as we know it”, which discussed the transformation of multilateral system into a multipolar, even bipolar one, and the return of geopolitics. In the context of the later, he stressed the urgency of EU enlargement in the region of Western Balkans.

Stressing the need for internal EU consolidation, for it to become an equal geopolitical player, he called for more efficiency in its decision-making processes as well as the development of its own technological autonomy and sovereignty.

He reiterated Slovenia’s commitment to the multilateral system, international institutions and the rule of law, especially important in fight against climate issues in connection to security and migrations.

Adding to the above, Ambassador Mirošič urged towards a solution to the Brexit impasse and the future relations between the EU and the United Kingdom in global competitiveness and security cooperation.

The European Union, in the age of technologic and data geopolitics, will need to uphold its role of a global normative actor regarding the respect of universal human rights and freedoms, he added.