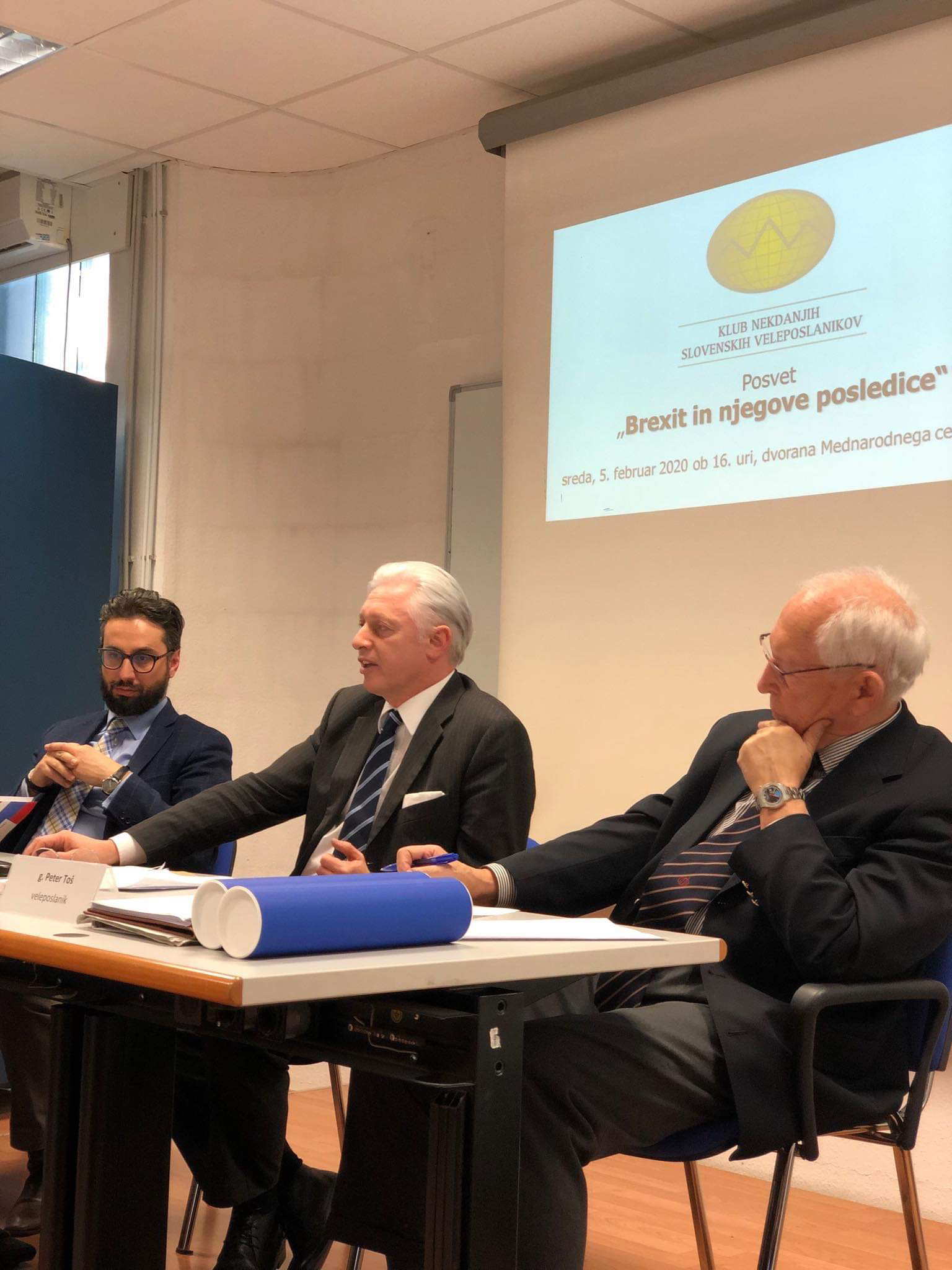 On Wednesday, 5 February 2020, special envoy of the Minister of Foreign Affairs of the Republic of Slovenia (Ambassador-at-large) and BSF Programme Director, Ambassador Iztok Mirošič, took part in the round table entitled “Brexit and its consequences” organized by the Club of former Slovenian Ambassadors.

During his interventions, he highlighted the changed balances of power between the EU member countries after the UK exit and its influence on the future of the European Union. He also stressed the importance of increased diplomatic activities of some smaller and middle-sized EU members in this context of which all other countries should be vary. Ambassador Mirošič took part in the round table alongside Mr Tine Kračun, Director of the Institute for Strategic Solutions from Ljubljana.